Growing chamomile: how to grow chamomile plants and keep them happy 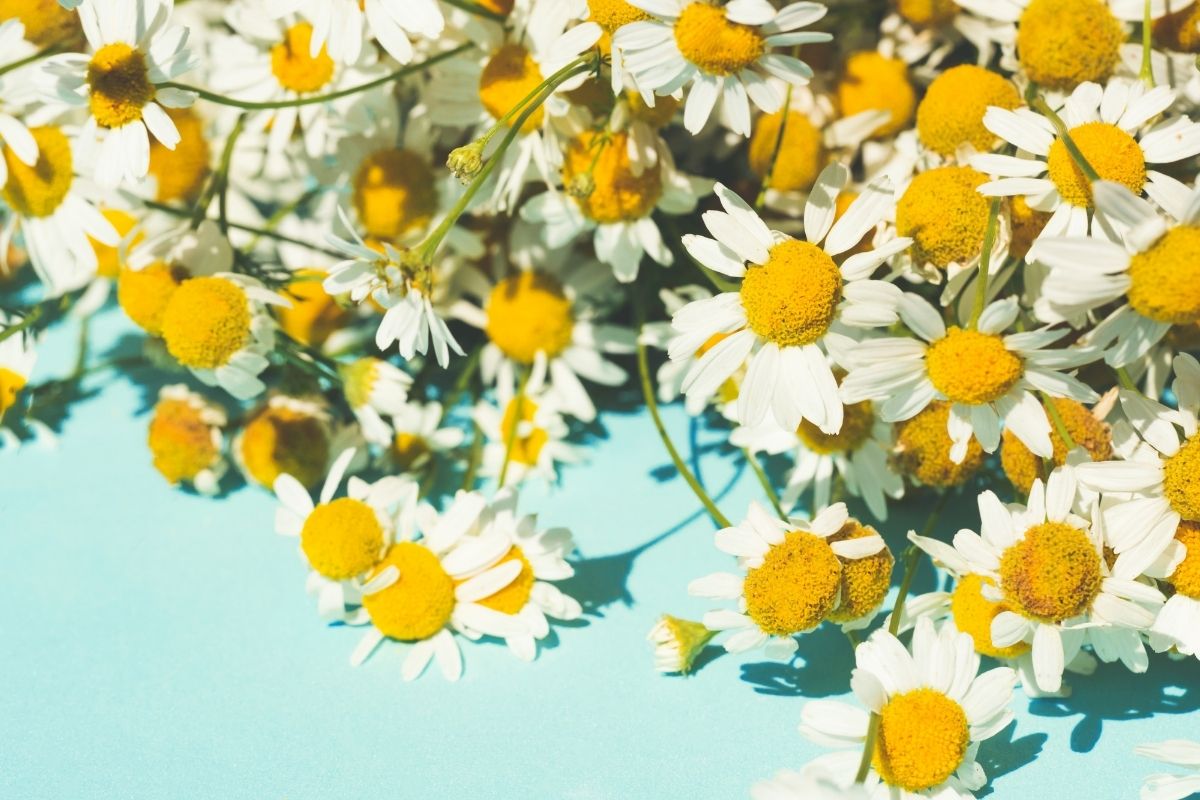 Chamomile is popularly known for the tea that can be prepared from the plant’s blooms, but it’s also a common field flower. You can recognize Chamomile plants by their small, white, and yellow flowers that look like tiny daisies. In the wild, common Chamomile flowers are an important pollen source for bees, butterflies, and other beneficial insects. The white petals and yellow seeds of Chamomile are rich in vitamins and compounds that give it the health benefits for which the tea is known.

Chamomile tea has been shown to provide antioxidant and anti-inflammatory effects, while oil extracted from the flowers provides a moderate antimicrobial effect. Chamomile is known as a nervine, a plant that supports the nervous system. The relaxing tea is enjoyed as a sleep aid.

When you grow chamomile indoors, you can benefit regularly from the plant as an edible and medicinal herb. Chamomile flowers, rich in oils and nutrients, are often described as having a sweet, apple-like flavor; the flower heads are used to make herbal tea. Chamomile leaves, on the other hand, are bitter but nutrient-dense greens that can be added to salads. A chamomile plant will produce a lot of flowers and requires little maintenance to keep it happy.

Chamomile is in the daisy family (Asterecae), along with calendula and sunflowers, and is a group name for many kinds of subspecies. Some of the popular ones include:

Chamomile grows easily in direct sunlight and with a little water here and there throughout the week. Chamomile likes well-drained soil and a pot deep enough to keep its roots out of any standing water. The plant will bloom more as you harvest flowers from it, and as long as you keep the soil moist and the pot in full sun, it should provide you with a continuous supply. Since the most popular variety for tea, German Chamomile, is an annual, you may have to keep a succession of plants grown from seed. Luckily, the plant will give you plenty of seeds to set aside to plant again in the future.

Chamomile grows in open fields in the wild, so they are used to a lot of direct sun. When you grow it indoors, you should keep it in a sunny location, near a window that gets good light. The more light the plant gets, the better it will grow and the more flowers it will produce for you to harvest.

Water needs: once per week or when the top 2 inches of soil are dry

Since Chamomile is a cool-season plant, it’s used to a fair amount of moisture, although this plant has very shallow roots that grow in the upper couple of inches of the topsoil. This means, while it’s used to regular water, it also is used to drained and drier soil. Some say these plants thrive on neglect, but watering once or twice a week, or when the upper inch or two of the soil is dry, should keep your Chamomile well hydrated.

Chamomile doesn’t have any humidity requirements, although it won’t be content in hot and humid conditions. As a cool-season plant, Chamomile plants can tolerate some humidity in mild temperatures, and your indoor humidity level should be just fine for it. If the Chamomile is in a greenhouse, make sure it’s well-ventilated so moisture doesn’t collect on the plant.

When temperatures reach the 50s Fahrenheit in early spring is when Chamomile plants start to grow and bloom, and they persist until early summer when the daily temperature is consistently at or above the low 70s. Keeping a chamomile plant indoors will provide you with blooms year-round since the chamomile shares our preferred ambient conditions. If it gets very warm in your house or in a greenhouse cabinet, then the Chamomile might retreat under the stress.

Chamomile doesn’t have as many fertilizer requirements as many other plants, and will generally grow in poor soils. When you keep it indoors, however, it will grow well in a moderately nutrient-rich soil. When the plant is able to absorb nutrients from the soil, it will produce more flowers and nutrient-dense oils, seeds, and leaves for you to harvest and use. Fertilizing lightly every couple of months should be enough to keep your chamomile happy, but always do a soil test to be sure you aren’t over-fertilizing. These are our favorite fertilizers for indoor plants.

The root system of Chamomile plants is very shallow, and they grow naturally just under the soil surface in fields and meadows that aren’t particularly wet. When you’re planting Chamomile in a pot, consider mixing in solid materials like bark or a little sand, as well as an absorbent material like Leca or Sphagnum peat moss so the soil will retain moisture while draining excess water. The chamomile’s roots are small and can easily be damaged by standing water, so well-draining soil will keep the plant dry and productive.

If you’re transplanting a Chamomile, be sure to dig under and around the roots of the plant. Choose a pot that is at least 6 inches deep so the Chamomile’s roots will stay dry in the upper few inches of the pot, allowing the water to drain to the bottom. Chamomile is a hearty plant known to grow easily, so it should take to its new pot with the right conditions. Mix the fertilizer into the new pot’s soil and moisten it before the transfer so water and nutrients will be available immediately for the plant to establish itself.

As a flower, Chamomile can be propagated by planting one of its seeds. You can either collect these from the wild or purchase a packet of them; in either case, the seeds are easy to grow. Chamomile seeds are very small, and a bunch of them almost looks like powder.

Chamomile seeds disperse at surface level in the wild and require sunlight to germinate, so when you plant them, pat down the soil so they don’t get covered up. Spray the soil with a bottle to water them, moistening the top without submerging them in the dirt. Seeds should germinate and start to sprout in a few days, but they will take several weeks to reach maturity.

Chamomile loves to be pruned! Clipping the flowers to harvest chamomile for tea or oil infusion will encourage more blooms to grow. Removing the flower heads allows light to penetrate buds and stems behind mature flowers, whose disc-formed petals cast a shadow behind them. If you’re growing the plant to harvest chamomile flowers, it’s best to clip the chamomile blooms when the petals are fully open and tilting back just slightly.

Chamomile plants don’t have any problems with pests, and in the wild, are mainly a friend of pollinators. They can be more susceptible to root damage than other plants from overwatering due to their smaller and more fragile root systems and preference for dryer topsoil.

The plant is yellowing or dropping.

Chamomile plants can tolerate some dryness, but if they’re not being watered enough to survive, they won’t stand up firmly. Their tall, thin stems will show when they’re underwatered, and they may start to yellow as they dehydrate. Yellowing or dropping may also be a sign of overwatering, so be sure the soil isn’t saturated with water. The best soil for chamomile is well-draining but moisture-retaining.

How do I store chamomile?

Store your dry chamomile flowers in an air-tight, non-porous container like a glass jar. When you dry the flowers, making sure all of the water has evaporated from the plant material is essential since that moisture, if it remains, can promote mold growth while in storage. The jars should be kept in a dry and dark space to maintain the best freshness over time. The preserved chamomile should keep for up to a year.