growing ZZ plants: how to keep them happy 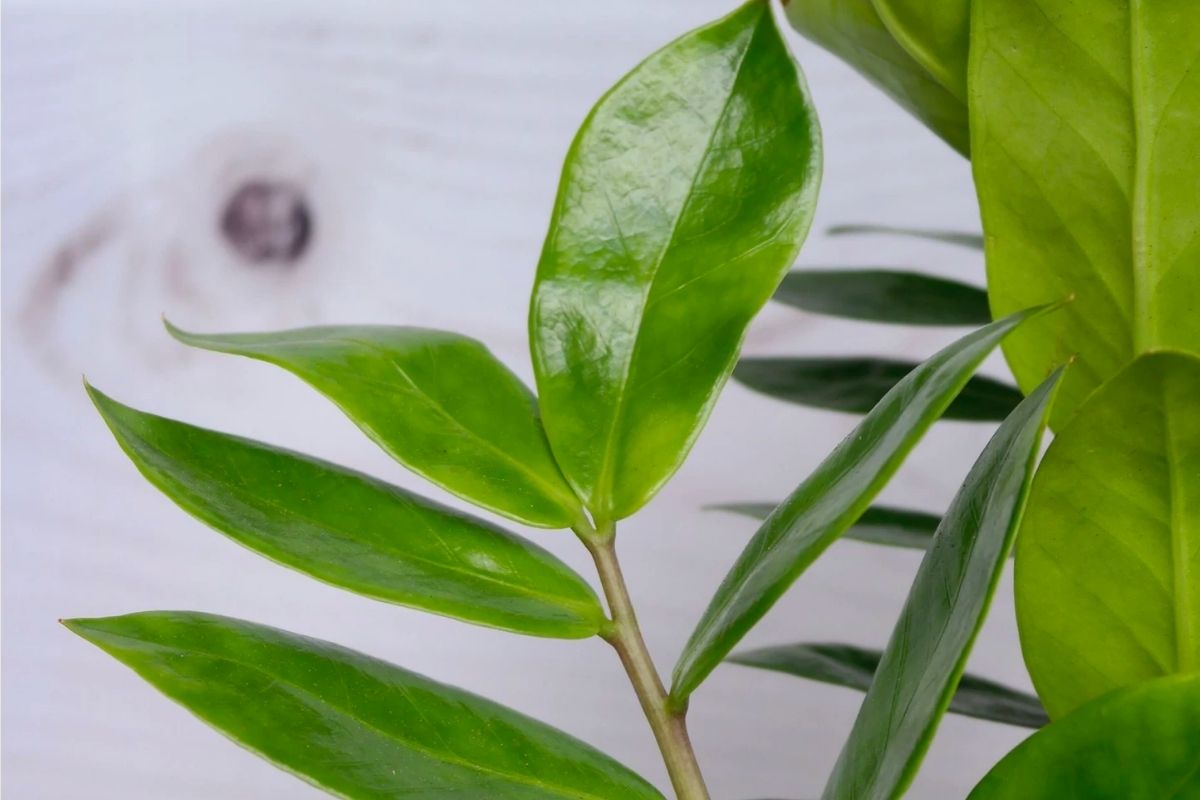 Caring for Zamioculcas zamiifolia, popularly known as the ZZ plant takes about as much effort as getting some Z’s – seriously. This succulent has dramatic, waxy, foliage, bulbous, thick stems and tuber-like roots that hold on to a lot of moisture and make it considerably drought tolerant. ZZ plants aren’t too picky about lighting either.

They possess a high tolerance for low and medium light. It grows by root extensions called rhizomes, which put out new shoots as the plant matures and make it extremely easy to propagate. The grouping nature of its stems result in a spraying look that gives it one of its other names, the Emerald Palm. The ZZ plant is also affectionately known as the Zanizbar Gem and the Zuzu plant.

Native to Eastern Africa, the ZZ is native to bushland and dry woodland regions. In competition with woody plants and grasses, the ZZ’s clumping growth pattern and deep roots allow it to reach several inches into the soil, holding on to moisture for multiple weeks without rain. In addition to its camel-like ability to retain moisture, the ZZ plant is also efficient with its nutrient uptake and storage, meaning it doesn’t need as much fertilizer as many popular tropical houseplants, like monstera. The plant’s resilient nature and fanning foliage make it an ideal indoor plant for just about any home.

how to take care of a zz plant

Despite its abundant foliage, the ZZ plant is one of the least challenging plants to care for. It will grow just fine in medium indirect light, and doesn’t need to be watered or fertilized very frequently. In fact, the ZZ is a bit attention shy! Overwatering is probably the easiest way to damage this plant – but in general, it’s an easygoing plant family member.

In its natural habitat, ZZ plants grow amongst grasses, bushes, and trees, getting a significant amount of shade and indirect light. This is why the ZZ is often considered a low-light plant, although it will do best in medium to bright indirect sunlight. Direct sunlight isn’t good for the ZZ’s tender leaves, which aren’t used to the harsh UV rays. The ZZ’s leaves can burn easily and the tips may turn brown from damage.

Water needs: Once every 1-2 weeks

A ZZ plant is one of the most drought-tolerant (non-cactus) houseplants you will find. Unlike many other succulents, the ZZ has a robust root system that contributes to water storage below ground as well as above. The ZZ plant only needs to be watered once every two or three weeks in the summer, and every three to four weeks in the winter.

The robust root system will easily withstand some extended dryness, but wet soil can damage the plant by preventing it from taking up oxygen, causing plant leaf cells to rupture (known as edema), or cause root rot. It’s usually best to let the ZZ plant’s potting soil dry out completely before watering it again. A moisture meter will help you know the whole pot has dried.

The ZZ’s natural habitat is tropical, but not very moist. The plant doesn’t have any special humidity conditions. In fact, its leaves prefer slightly arid conditions, due to their proclivity to mold and fungal growth. A ZZ plant doesn’t like dry or drafty conditions, and the humidity level in your home (around 40%) is usually just fine for the plant.

As a tropical native, a ZZ plant is used to temperatures that range between 50 and 80 degrees Fahrenheit. If you’re comfortable in your home, the ZZ will be comfortable too.

ZZ plants have extensive root systems that make the plants incredibly efficient in nutrient uptake. They have long, dense roots that reach deep into the soil to absorb and store nutrients. ZZ plants don’t need much fertilizer annually, and a half-strength application of ZZ plant fertilizer in the spring and maybe again in summer should be enough to keep your plant happy. Larger ZZ plants, however, might need a bit more of a boost. The ZZ is a slow-growing plant, so a slow-release or organic fertilizer is best, rather than a liquid fertilizer that will only be available for a short period of time. In fall and winter, ZZ plants go into dormancy and won’t need supplemental nutrients again until spring.

The ZZ plant’s dense roots like to be in well-draining potting soil that doesn’t hold water for too long. In the wild, it’s acclimated to sending roots several inches into soil to tap groundwater. Look for a succulent soil, or mix your own with about 50% organic material and 50% coarse material (like sand, bark, or perlite). ZZ’s also like to be somewhat root-bound. Opt for a smaller pot over a larger one to remove the threat of excess moisture.

When choosing a pot for your ZZ plant, make sure it has drainage holes so water doesn’t accumulate in the pot. The plant likes to pack itself tightly into its container, but it will eventually fill up more space than the soil and need to be moved to a slightly larger pot. Be sure your new pot isn’t too much bigger than the old one though to keep the ZZ plant snug and comfortable in its new space.

ZZ plants are very easy to propagate! There are three ways to do this:

The easiest way to propagate a ZZ is to split the plant’s roots. Since the ZZ plant is a very slow grower, propagation by a cutting may take a couple of months to sprout roots. The ZZ’s roots will quickly grow to fill the pot it’s planted in; the rhizomes will quickly stretch out and new branches will grow as shoots.

A ZZ plant doesn’t need to be pruned regularly. As a slow-growing and sturdy plant, the only time leaves or stems need to be clipped is to remove damage, shape the plant, or propagate from cuttings. Use sharp gardening shears when you do this to make clean cuts.

While generally pest free, ZZ plants can be the target of scale or mealy bugs, which latch onto the sap-rich leaves and stems of the ZZ and feed on the nutrient-rich liquid within. Mix up a neem oil spray and apply it to your plant to preven these pests.

When it comes to watering your ZZ plant – less is more.  Complications of overwatering are maybe the most common downfall of ZZ plants. ZZ roots, which dislike too much moisture, will succumb quickly to root rot in oversaturated soil. The first signs of root rot are typically visible in foliage as weak-looking stems; wrinkly, soft, or yellowing leaves; and heavy, wet or fungus-dusted soil. Roots can also be damaged by fungal growth, which attracts fungus gnats… best not to open that can of worms!

How do I know if I’m overwatering my ZZ plant?

When a ZZ plant is getting too much water, the plant will show some signs of stress. Yellowing leaves, dropping branches, and yellow or brown spots on the leaves are signs the plant isn’t getting enough oxygen, and possibly are suffering from Edema (water saturation of the cells) or root rot. Check the soil, and if it’s wet, you probably are watering it too frequently.

ZZ plants like soil to be totally dry before getting more water. If your ZZ plant has been overwatered, identify the reason for the excess water (including lack of drainage holes in the pot, watering too frequently, or poorly draining soil), stop watering for a couple of weeks and let the plant dry out. When it’s dry, cut off any dying leaves or branches, and clip off any roots that have rotted.

Why is my ZZ plant growing to one side?

ZZ plants tolerate low light, and this is one reason they are so popular as indoor plants. However, they do best in medium to bright indirect light, and if their location is dark, the ZZ plant will reach its long branches towards the nearest light source. Over time, the plant’s stems may all shift in a single direction, and could make it side-heavy, threatening to fall over. Move the plant and rotate it now and then so it gets even light, but be sure to avoid direct sunlight.